A Tale of Two Fish 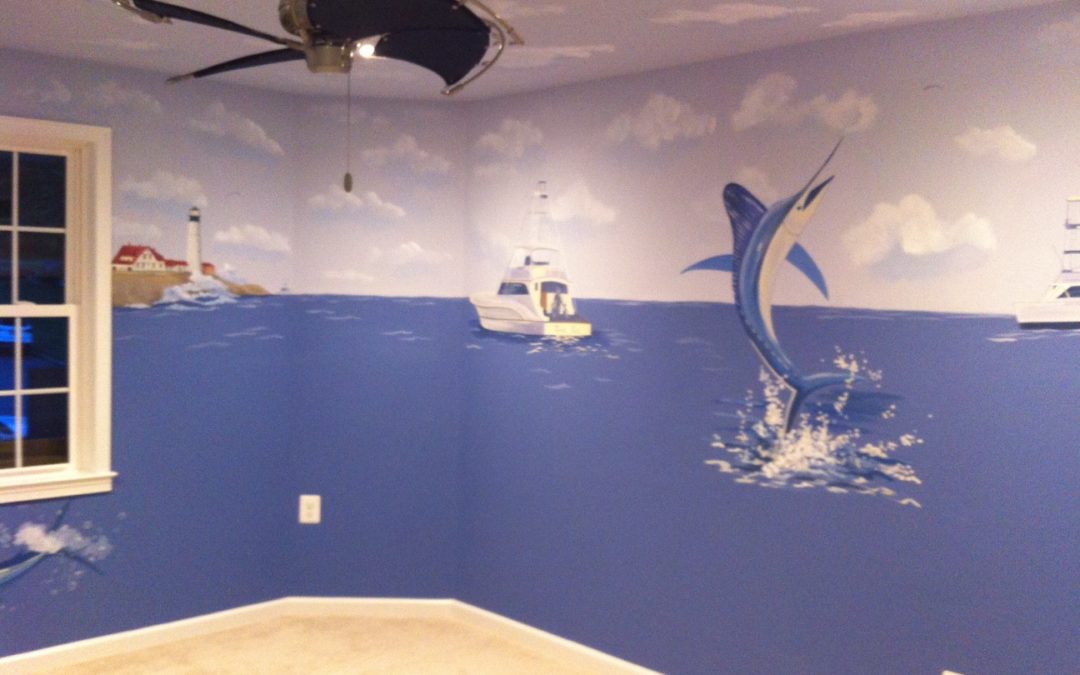 Once upon a time there was an awesome sport fishing mural that was loved by all. Several years later, the family welcomed a home remodeling project to add more space to the youngster’s bedroom. Hooray!… But as the builders tore down drywall and smells of sawdust and fresh primer permeated the air, everyone thought- “What will become of this wonderful mural?!” The old half of the room looked great… while the new half looked…. well… empty. Fortunately for these fishing fans, help was on the way!.. It was great to see my old friend from 2008 again- one of my favorite murals to date!… And so I began the task of re-creating what the seas- or rather, the new plaster- had worn away! Once the initial colors of sea and sky were painted, the main objective was to re-center the mural as it once looked in the smaller room. The Pottery Barn Boat bed was in the other room just WAITING to be docked here once again!.. And so began the copycat-painting of my own work! First I needed to recreate the boat on the left- making it slightly bigger than the first time… then moving on to the fish. Ahhh, but the fish’s friend wasn’t there for long… soon it was out with the old, in with the new!… Lastly, I needed to move the boat on the right to re-center the room. Beep beep!.. Finally, because there was more space then the first time, I added some fun new touches- like the lighthouse. And under the window I added a marlin chasing yellowfin tuna. In the end- this fish tale ended up just as it began- a mural as wonderful as it was the first time.